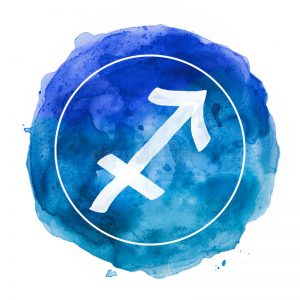 This time of the year is very intense. Numerologically we are approaching the middle of the collective year 2018 and the light of transformation is reaching its peak, asking each of us to undergo a series of changes which have the purpose of laying the foundation of the soul aspect within the self. When the light reaches this stage, it goes down to the heart of matter – the material aspect we live in, including our own personality – to bring it to a new level of consciousness and, consequently, to induce an atomic rearrangement of its internal structure, which will produce a new way of living in the outer world.

In the last few months the work of the karmic number 18/9 has produced the grinding relentless disintegration of our useless behavioural patterns that were silently leading us to an unconscious incessant self-destruction.

In the esoteric Tarot cards, 18 is represented by the Moon, which is symbolic of the experience of the great law of destruction and rebirth, which has the aim of making us understand that the path forward is the past, which has to be perceived in a different way: “The 18 tells us to ‘Go gently’ into having the complete experience and follow the great laws of destruction and re-birth. Number 18 comes back with gold, but it is hidden gold, because it is in the dark at night. There is great promise and great wisdom, but the law of Number 18 is about using and being used and about the way Spirit and matter works with this law. The problem for anyone under the influence of the Number 18 is that they put themselves in the position of being used without realising, so they are punched again and again until they finally can see a pattern.” (C. Aegerter & B. Benjelloun, The Spirit of the Tarot: Numbers as Initiators of the Major Arcana, Aeon Books)

The aim of 18 is to unite the mind and the heart in the deep silence of the Soul, so that matter (personality) can be moved by Spirit in order to manifest the higher Divine plan. It is a lonely journey and we are requested to walk backwards; our will is going to be tested, and a deep sense of lost hope may come to the surface of our little mind. We are asked to drop any belief that sustained us in order to realise that life does not belong to our little self – who we think we are – but that there is an existence beyond we are one with, and that the true way is to take a leap of faith and follow the light of the soul, the Sun.

The Full Moon in Sagittarius occurring on 29th May 2018 represents the beginning of a huge turning point, which will unfold in the months to come. The intensity of the time is depicted by the many astrological configurations formed in the sky at this lunation. The Sun at 8 degrees in Gemini, the Moon in Sagittarius, the North Node at 7 degrees in Leo and the South Node in Aquarius will create a beautiful Mystic Rectangle with two Yod patterns in it; Venus in Cancer and Saturn in Capricorn will stand at the Activation Point of each of these two. A Mystic Rectangle embodies the possibility of a doorway, an entrance to a new life with a higher level of consciousness. This pattern is generated by two oppositions and two sextiles: the past (South Node) and the future (North Node); the Personality with all its needs, hopes and wants (Moon) with the Soul (Sun), the true self connected to the Greater Life. It feels like we will be at that doorway, standing between what we thought we were and the true self. The Leo/Aquarius Lunar Nodes are related to a struggle between the will of the personality and the higher will of the soul. Leo rules the heart and it asks us to move from our self-centeredness and the instinctual use of will towards the source of Light coming from the soul: it is about answering the call from the Divinity and be ruled by the Higher Law of Love lying at the foundation of everything there is.

Situations in life will occur that force us to act independently and stand alone in order develop the inner strength required to be who we truly are. Do we listen to the little mind of the personality (Moon) or do we take the leap of faith to trust where our soul (Sun/heart) is asking us to go?

As Master Djwal Kuhl states, Gemini, the sign of the Sun, forms a point of entrance for the cosmic energy from Sirius, the star at the heart of our galaxy, and for this reason it is connected to the heart of our Sun in the Solar System. Being Gemini the sign of the Twins – the light and the dark brothers – we have the emergent recognition of duality between soul and personality. As Gemini rules the etheric body, which is the transmitter of the soul energy into our physicality, the power of the personality slowly lessens and wanes in order to create the space for the emergence of the soul.

Mercury, the ruler of Gemini on the exoteric level, will be at 29th degree Taurus. The 29th degree is astrologically considered a critical degree because it stands just between two signs. It highlights the development of issues with decision-making in that part of the personality represented by the planet involved. This degree induces us to evaluate and re-evaluate situations before making a move, and then suddenly jump into the action without any hesitation. Mercury is associated to Ray 4, the Ray of Harmony through Conflict; it is the Messenger of the Gods, the Divine Intermediary that carries messages between the dual aspects of the mind, the soul and the personality, to assist us in the connection with our own intuition to reveal the path and give the Warrior within the determination to stand in the midst. Venus, the esoteric rules of Gemini, will be at the Activation Point of one of the two Yods, opposite Saturn, standing at the other one.

A Yod is an astrological karmic pattern, asking us to overcome something that limits our way of thinking and being. It is also called, “The Finger of God,” or “The Eye of God,” or “The Finger of Fate” because it highlights the fact that whichever situation we are going to find ourselves with, is destined and controlled by a higher force beyond our little self. The activity of Venus, which expresses the power of the 5th Ray of Science and Knowledge, will produce a great crisis to bring about a choice between the two aspects of the mind, as they stand one next to each other. Venus at 11 degrees Cancer will bring to the surface the hidden and conditioned aspects of our behavior with the purpose of assisting us in the transcendence of our mental separation and distorted view of truth in order to realize the soul qualities and her true potentialities. Saturn, the Lord of Karma, supported by Pluto, which will cause the death or end of the separative nature within us, will make this choice inevitable.

Two Grand Trines, one in the water signs between Jupiter, Neptune and Venus, and one in the fire signs between Chiron, North Node and the Moon, will give emphasis to the unfoldment of this transformative inner process. The water trine, through the movement of our emotions and feelings, will support our connection to the Higher source, dissolving all the illusions of the little mind and strengthening the power of the soul. The fire trine will ignite the process of meeting and acknowledging who we truly are in order to help us return to a sense of wholeness.

Sagittarius, the sign of the Moon, will point our arrow towards the Light Twin of Gemini. In Sagittarius we have to move from the desire and ambition of the personality to the intuitional aspiration of soul. Our intellect will be illumined, and we will be sensitive to a higher mental experience: we will no longer walk in the darkness, and we will see and know what we have to do.

In the Aura-Soma® Colour-Care System Archangel Uriel is associated to the Equilibrium bottle 97, Gold over Royal Blue. Uriel ignites the inner fire of God within the mind of man, asking each of us to follow that light beyond understanding. Royal Blue is the colour of the third eye, the eye that sees beyond appearance and perceives the true reality of existence; Gold is the inner wisdom in the conscious mind, soliciting us to move beyond the fear of the little mind which cannot see the Greater Order of Life. The message is clear: “Follow the Light of God and leave behind who you think you are and have been until now”. The time has come to be true to yourself and to have the courage to wear the garments of your own soul.

“Although the road is never ending

take a step and keep walking,

do not look fearfully into the distance…

On this path let the heart be your guide

for the body is hesitant and full of fear.”

Numbers and the Seven Rays of Light