We are approaching the Full Thunder Moon occurring on 8th/9th July 2017, depending on the time zone. This Full Moon will be a very special and unique one as there are a few aspects, which will generate a very powerful and transformative energy. It will be a very intense time, a time of alignment and new beginning as in the Bible thunder was regarded as the Voice of God (Job 37:2; Psalms 18:13; 81:7) and it accompanied the giving of the Law to Moses at Sinai.

This Lunation is the first one occurring on the second part of year 2017, in July, which is a 17 itself, as July is 7 and 2+0+1+7 adds up to 17. Furthermore this Full Moon will take place at 17 degrees Capricorn, with the Sun at 17 degrees Cancer, creating a potent 17:17:17  Pin Number in heaven. In esoteric numerology 17 is the number associated to truth, it is about complete victory over death, it is God’s unending love victorious over all things (1 Corinthians 15).

Symbolically the thunder offers a revelation, which gives us the possibility to either embrace or ignore the light for the opening to our own inner truth.

“We are talking about a great initiation here; […] Here it’s “I’ve done all the theory, all the work and the discipline, I’ve done it all and I’ve crumbled. There is nothing left, not even peace. There is no map or direction, but somehow I am naked, innocent and okay with the truth” – C. Aegerter and B. Benjelloun in “The Spirit of the Tarot: Numbers as Initiators of the Major Arcana“.

Capricorn, the sign of the Full Moon, is about where we are in the fulfilment of our life mission, it is the Divine Will revealed, an opportunity for spiritual advancement and responsibility. Capricorn is an earth sign and it is associated to the goat climbing the mountain. This means that man has achieved the top of the materialization of his own desires and that no further ascent is possible under the existing forms so the only way is to descend “into the valley of pain, despair and death before a fresh attempt to scale the heights takes place.” For this reason this star sign holds the seeds of the death of the personality and the secret of the glory of the soul.

Cancer is the sign of the Sun. It is associated to our house, home, family, close and intimate relationships; it is about emotions, water. Esoterically, it is about endings, the karmic conclusions of life circumstances and the anchoring of the soul in the present incarnation. Cancer represents mass consciousness, the everyday consciousness of the ordinary man driven by the urge to gratify the subconscious needs and which focuses entirely on survival, from the fear of life, to being the most powerful person. Cancer is the identification with form; it is the door that leads to the place of death and to the imprisonment preceding the final revolt.

In the arrangement of the sky the Moon in Capricorn is conjunct Pluto, while the Sun in Cancer is conjunct Mars. This means that we will look deeply into the depth of the self, in the underworld of Pluto, in order to see where we are. Pluto is closely associated to Scorpio, so we will dig deep, deep down into the subconscious mind in order to reveal the truth – the 17th energy – and give birth to something that is beyond the perception of our senses. The Moon in Capricorn will realize that we can no longer live in the old way, following the same schemes and behaviour patterns, as we will find it a very arid place to be. Capricorn rules the knees and this means that symbolically we will be put on our knees, that we will loose everything that we no longer need in order to go through the gate of initiation, change, new beginning and rebirth. Pluto vehicles Ray 1, the Ray of Will and Power, which is also called God’s Destroying Angel, the Angel who brings life through the destruction of the old form, represented by the Moon. This process will lead us into a crisis, making us feel exhausted by the way we have been living: “Power selfishly used exhausts its user and evokes a display of power antagonistic to him; he is thereby destroyed, because he has destroyed. He is isolated by his fellow man because he has been isolated and separative in his nature. […] This crisis of evocation brings him to an inner point of change, which involves an alteration in his direction, a change of method and a different attitude. […] This change of direction takes him back to the centre of his being, the heart; […] he waits in patience and seeks to feel.” – The Seven Rays of Life, Alice Bailey

The conjunction between the Moon and Pluto will create an emotional purging of the old habits and way of being that do not reflect the light of the soul; it will be a transformation and a culmination of a long inner journey.

The Sun in Cancer will be conjunct Mars, a very fiery and active planet. In esoteric astrology Mars vehicles the energy of Ray 6, which is the Ray of Idealism and Devotion, the Will to Cause. Mars will ask us to dissociate ourselves from our vision, our adored truth, love ideals, the pictures of ourselves, and face the futility of who we think we are and the illusion of the life we have created. We will be invited to surrender ourselves to the life at the centre – the Sun, the soul – until the light will break in and reveal us what we need to know, the real truth.

The Sun/Moon opposition is part of a big Cardinal Grand Cross, which includes Jupiter in Libra and Uranus in Aries. The Cardinal Cross is The Cross of Transcendence, indicating our freedom from the control of the personality life. This Cross is the expression of a huge shift towards a new direction, which will set us free from the past and the old way of living, revealing the potential of the soul. Jupiter in Libra is about Divine Justice, the sword of karmic truth, destroying a sphere of exhausted experiences and allowing the new birth of consciousness to see the light. Uranus is the “Voice of God”, reorienting the mind (Aries) towards a new order based on the heart. Uranus will be conjunct to Eris, the Goddess of Discord, who will ignite the dissolution of matter and the death of the old.

During this Full Moon we will be very sensitive, we will experience a lot of emotional pain. Instead of hiding in the old shell we need to truly reveal how we feel – and the intensity of Mars will support us in doing it – and express the inner truth, which will be pushed to the surface by this intense heavenly configuration. We have to accept to become vulnerable and allow the purging to happen because this will set us free from the past and the old sense of self so that we may be guided in the new direction.

We can no longer lie to ourselves and others. Life has been putting us in a corner and now we have to face the truth. Everything we have created is crumbling in front of our eyes; there is nothing we can do apart from watching it happen and allow the light to come in to reveal the truth. It will be a mind-blowing experience but we will be showed the new way in the mist of the crumbling house. We will realize that where we are is holding us back in relation to our true path in life, our birth mission, and we will understand that all this dissolution is happening to set us free from the old ideas, schemes, wants and needs.

The paths of Love may lead us to some confusing places, which are just a preparation for the new life to come. Bitterness is just the opening to the sweetness of Spirit. Let the past crumble by standing still in your heart, within yourself. Let the inner voice be your guidance, beyond every outer sound – it is the Voice of God calling you to your divine destiny.

I am the “within” of all natures.

In the beginning all spirits claim my creation.

In the end all souls request my presence. 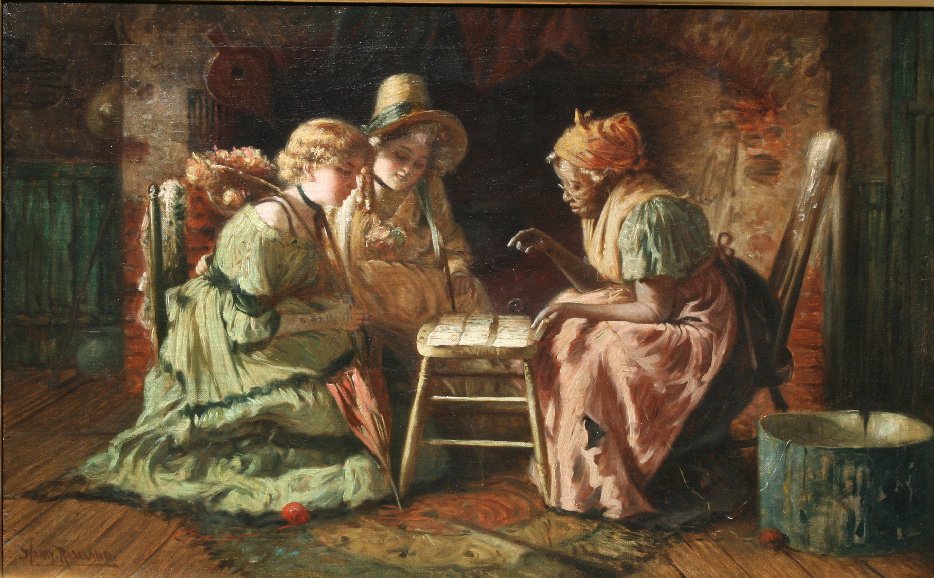 Strawberry Full Moon in Sagittarius: The Emergence of the New Direction