When we talk about spirit, we often ignore the etymological meaning of the word. The common explanation relates to soul, which is perceived as something opposite to the body, which gives life to (to animate) it, to man’s physicality; it is the active principle of personality, of the mind, will and emotions.

Personality (which comes from the Latin per, which means through, and sonair, which means to sound, as the esoteric psychology affirms) has the role of getting something sound through it.

The word persona comes from the ancient Etruscan phersu, which means mask. At that time they used to wear mask during theatrical performances and through the mask the voice of the actor sounded giving life to the mask, but keeping hidden the real person.

The soul is seen as the origin of our being “human’, but the word does not clarify the source of it.

In the Old Testament the Hebrew term nephesh is sometimes translated soul, but it was used to refer to the throat because it relates to breathing and eating. The use of the word for the throat expresses the idea of life and desire, for food and water, desires and emotions in general in order to emphasize that humans are emotional beings.

Jesus said: “My soul is overwhelmed with sorrow at the point of death” that is like saying that as an emotional being we are possessed by sorrow (Mark 14:34).

Soul is another way of saying “person” or “human being”, it does not designate a part of human nature independent of the body, but it refers to the totality of each individual as a living being: “And the Lord God formed man of the dust of the ground, and breathed into his nostrils the breath of life; and man became a living being (Gen. 2:7).

Soul refers to the part of us who is in need of God, to the totality of the individual as the core of life which can be fully realized only in union with the Divine.

The meaning of the word spirit comes from the Latin spirit(um), from the verb spirare, “to breathe”, and in the biblical language spirare represents the exhalation of the Breath or the Spirit from God,

Human consciousness, as Spirit, has therefore a Divine nature, but, as the most religious and cultural tradition illustrates, we have lost the connection with our primary source and the life of each individual is a journey to merge with the essence of God, that is Light, Pureness, Supreme Good.

Thanks to the new theories and the rediscovery of the ancient wisdom, we have been changing the image we had about ourselves, we have understood that we are energy in movement and that our actions and thoughts generate and modify our body and the world around us.

Each of us is a soul who has come to this world to live, grow and be initiated to different experience which lead us to the spiritual adulthood, that is the expression of the Higher Self through the physical body.

The ancient teachings affirm that our suffering has its own origin in the act of expecting our will to be predominant over the will of heaven and that the challenges every individual has to face in the physical world aim at making the person understand their incapacity of controlling life and people.

If we analyse our belief system and the attitude that determine our behaviour, we discover that the idea of power is hidden behind and that the concept and the relationship we nourish with it influences intensively our life and our health: we have energy if we feel strong, if we can perform our control on the situation, while our energy decreases if we are powerless.

In this context our biography and our biology clearly interact. “Our bodies, – Carolyn Myss says in The Anatomy of Spirit – contain our history – every charter, line, and verse of every event and relationship in our lives. As our lives unfold, our biological health becomes living, breathing biological statement that conveys our strengths, weaknesses, hopes, and fears”.

The circumstances we were born into are highly important as they have contributed to mould our personality and help to build our belief system and vision of life.

Our journey in life is to re-discover, re-connect to the soul, to the living principle within us which is in union with Spirit, with the life giving principle that has created us.

“To be yourself in a world that is constantly trying to make you something else is the greatest accomplishment.” – Ralph Waldo Emerson

What is Spiritual Intelligence (SQ)? 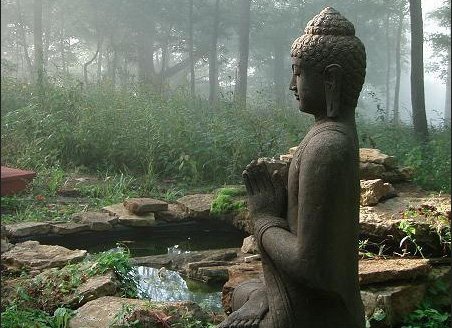